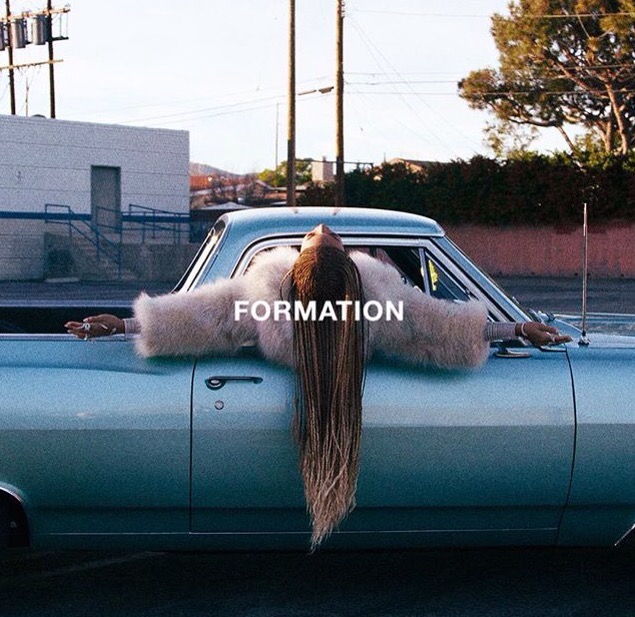 Beyoncé slays. . .Indeed! Not only is she strategic in dropping her video prior to her Super Bowl Performance; she blatantly makes it clear who she is!

This video is EPIC!

The lyrics to “Formation” are bold and representational. Not only does the theme adddress what is currently happening in today’s concerning and growing social issues, she diffuses rumors and proudly boasts her roots. I previously posted an article referencing pressure from media outlets to change who you are to fit society’s Beauty Standard Ideals. Beyoncé makes it clear that she’s not interested in doing any of that! She loves exactly who she is and she needs her ladies to get in Formation!

Lyrics such as. . .“I like my negro nose with Jackson Five nostrils”. . . Cameo of Blue Ivy and her squad, while Beyoncé sings, “I like my baby hair, with baby hair and Afros”. . .hinting to the media making a mockery of her husband’s features and Blue Ivy’s natural tresses. Natural Hair has been on the rise! Some think it’s a trend; I beg to differ. It’s a Lifestyle! The clear representation of being proud of having natural hair is evident throughout the video. Beyoncé made it clear that she does not care what anyone thinks!

It’s no secret that Beyoncé has been referenced as being involved with the secret society; Illuminati. She opened by saying “Ya’ll Haters Corny With that Illuminati Mess. . .” This is the first time I’ve heard her mention and address it publicly. She makes it clear that she is blessed and she gains success by giving God thanks and by working hard.

Beyoncé pays homage to YouTube sensation of the early 2000’s, Messy Mya (tragically gunned down in 2010) who shared much light on what was happening in New Orleans. You will also see reference of the Church empowering people and highlights of police brutality.

I can go on and on about the representation in this video. Watch it if you haven’t already.

Lastly, Beyoncé ended with the words “You know you that b!tch when you cause all that conversation! Always stay gracious! Best revenge is your paper.” HA! I highly agree!